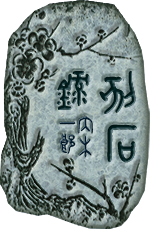 Sorry for posting something slightly unrelated to this post.

As far as I am informed, the OGCIO HKSAR is revising the "Reference Guide on Song Style (Print Style) Character Glyphs for Chinese Computer Systems in Hong Kong". The forms are based on the PMingLiU (version 5.0+) of Dynacomware and therefore inherit many "special" forms present in the Taiwanese 國字標準字體. The most jarring forms include the chaan-teng-jai, cho-fa-tau and the kiu-si-bin.

Originally this is not a problem, as Monotype and Dynacomware continue to provide "sane" fonts that ignore the guideline, but the govt is planning to submit the "Hong Kong Standard Song" font to ISO/IEC 10646 to be the Hong Kong source reference glyph in May this year.

After Taiwan submitted the Taiwan source reference glyph around 1999, Microsoft Office and Windows changed to PMingLiU to follow the 國字標準字體 in 2004 and 2007. Even the new open-source pan-cjk font Source Han Sans from Adobe follow the 國字標準字體 strictly – even the parts where the dot must or must not contact the horizontal stroke, losing much of the beauty and variance of fonts.

Adobe is going to tailor the font to Hong Kong market but the guideline is very substandard. In case the government use the ugly font style in the international standard, I am worried that any new font made by big font vendor will follow the ugly components and the beautiful Hong Kong fonts we see today will be regarded as "non-standard" and disappear soon.

As the government is luckily revising the guideline, I would like to bring attention and propose some edits to the guideline. However, I am just a student only, and my effort alone will likely bring little needed change. Given possible political problems, I currently plan to change components where the official PRC form is more "beautiful" than the HK/TW form, e.g. the bottom two strokes of 口, 繞絲邊 etc. I hope to write a proposal to the hk government to adjust many of these word components and I am thinking of methods to gather attention and support for their revision.

Is it possible we discuss several some of these problems, or raise awareness to this issue?

Traditional Chinese is a very beautiful script and I believe that the most delicate and sophisticated designs should be preserved.